It’s been reported that the average fast-food restaurant in America grosses $800,000 per year, and Sunday is the best day to own a fast-food operation.  More money by far is spent at fast-food restaurants on Sunday than on any other day.  Knowing this, nearly all fast-food places seek to maximize the potential of big profits that are to be made on Sundays.

For example, McDonald’s understands that the increased crowds on Sundays must be served quickly, so they bring in as many employees as possible in order to staff their restaurants with the week’s highest number of workers.

Chick-fil-A has access to the same data as McDonald’s.  Every time industry facts and figures are released, the executives at Chick-fil-A examine the same details, delivered in the same way and at the same time, as their counterparts at McDonald’s; and the information is clear and consistent: Sunday continues to lead every other day of the week in revenue by a large margin.

But after examining the same data, CFA’s perspective is that there are some things more important than merely selling another chicken sandwich.  Their perspective is that Sunday is a great day to give their employees the day off to allow families to be together, to allow a time to regroup and take a deep breath, and to allow their employees the opportunity to attend church if they wish.

Same industry.  Same data.  Different perspectives.  But here’s where it gets really interesting.  Across the board, all franchises and chains taken as a whole, each restaurant averages an $800,000 gross profit per year.  McDonald’s operation is obviously way above average, so the average McDonald’s restaurant takes in $2.6 million per year.

One might be tempted to think that CFA would be overwhelmed by that kind of competition and those kinds of numbers.  Not even close.  Remember, CFA is never open twenty-four hours a day and never open on a Sunday, the biggest money-making day of the week for a fast-food restaurant.  Yet with a reduced amount of hours and 52 fewer days on the calendar, the average Chick-fil-A restaurant brings in $4 million per year.

And it provides an important life lesson.

Chick-fil-A has found a way to stay true to their values and be successful within their industry.  They do what they do (which is pretty simple when you consider their menu), and they do it extremely well.  And they do it without compromising their integrity.

Whatever it is that you do, take a lesson from CFA and do it well.  Provide your customers and constituents with quality service.  At the same time,  resist the temptation to be like everyone else or to think that there is only one way to be successful.  And never buy-in to the belief that you have to cut corners or violate your values in order to gain success.

You too can stay true to your values and deliver results.

*This story about Chick-fil-A came from Andy Andrews’ book The Little Things: Why You Really Should Sweat the Small Stuff 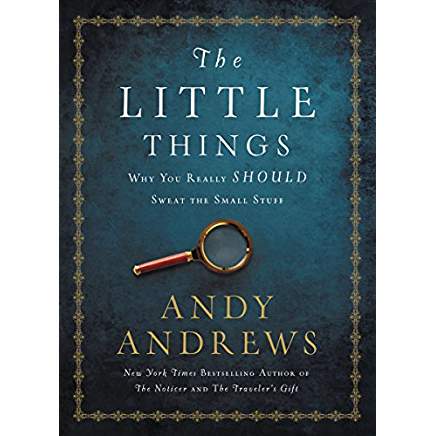