Last Friday on our way back from Louisville, KY, where my daughter was competing in the National Archery Competition, my family stopped in St. Louis to attend a St. Louis Cardinals baseball game.  Before the game, we toured downtown St. Louis, the Gateway Arch, and the Old Courthouse where Dred Scott filed his freedom suit that eventually became a landmark Supreme Court decision.  Outside that courthouse is a statue of Dred and Harriet Scott: 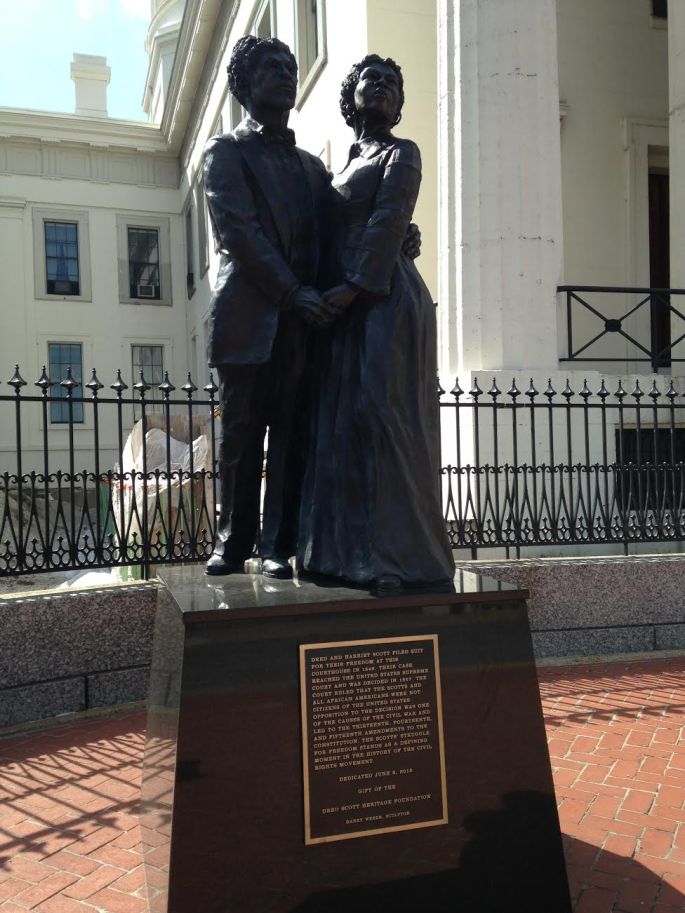 If you’re not familiar with the story of Dred Scott, take two and a half minutes to watch this video:

Dred Scott and his family are a great example of people having the courage to stand up for what is right.  And while it initially seemed like things did not work out for them, in the long run they won far more than they imagined they could, because their courageous actions inspired others to join their fight for freedom.

And this is how things in the world change.

Yes, we can talk about how some things have not changed enough, but what has been changed for the better – like the abolition of slavery in the U.S. – came to be through the courage of individuals to stand up for what is right.

Like me, you may feel insignificant when you look at all the problems to be solved in this world.  But you and I can be part of the solution by doing what’s right and by treating all people with dignity and respect.  And when the opportunity arises, we can also speak up for whats right.